One of the most significant centers of the civilization of Cyclades.

According to the locals the energy from this island creates a pleasant sense and tranquility which comes from Koufonisia. 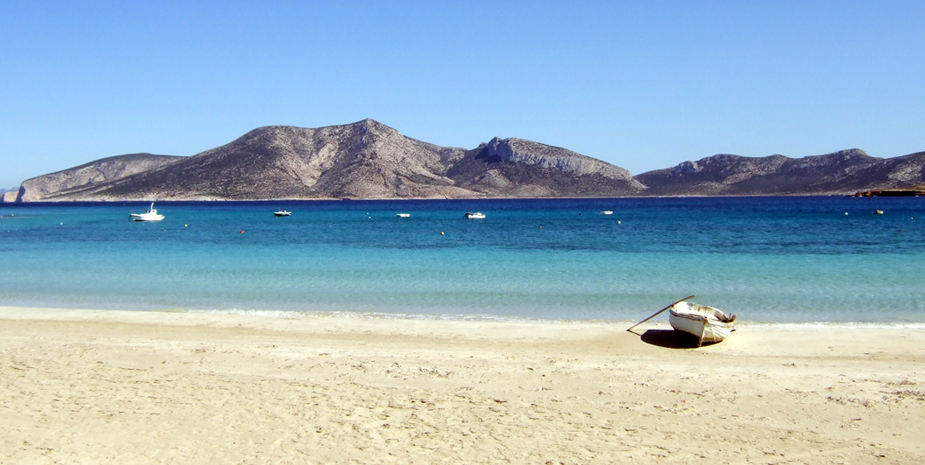 The story of Keros is totally different from the abandoned and dessert image of today.
During Protocyclades period (3th th. A.c.) Keros became one of the most significant centers of the civilization Cyclades. With the housing estate and the cemetery of Chalandriani of Syros defining the evolution of the mature fase of the Cyclades civilization of the Protocycaldes ii which is dated between 2800-2300 b.c. and is known in the international bibliography with the term “fase Keros-Syros” the famous eidolia (Arpistis, Avlitis, Propinon) and the variety of the marbled and ceramic vessels and objects which came from areas of the island (Kavos, Daskalio, Konakia) approve the central and principal position of Keros at the domination and diffusion of the characteristics of the civilization of Cyclades.
We don’t know many things about next periods except form the fact that the island after the Persians Wars enters at the alliance of Athens, like the most islands of Cyclades with the name Kereia. During the Medieval , Keros like the whole complex of the Small East Cyclades is the base and hiding place of the pirates and as a result the economy and life of the residents to be defined by the evolution of the piracy. In the early years constitute the property of the monastery of the Madonna of Chazaviotisa of Amorgos. In 1952 it came to the property of the Agricultural Service and it was distributed to the shepherds. Today the only indications of life on the island are some lodgings at the area “Konakia” at the middle of the north coast for the farmers who are seasonally visiting the island and also chapels (Konakia, Panagitsa).
A very draft road network crosses the centre of the island and is used only by the farmers.
Also in Daskalio there has been found a fortified settlement of the same era. Keros because of its cultural wealthiness has been plundered repeatedly in the past by antiquitie dealers. Finally from there, the known “keros treasury” comes from which the past years belonged at the collection Erlenmayier, while today his most big part is at the Museum of Cyclades Art. Systematic excavatings have been made by the Archeological Service at 1963 and 1967. The findings from Keros are on display at the Museum of Naxos.

The 10 years of 200 variety of archeological findings came to light under the researches of the professor’s Colin Renfrew team. A rare experience for every visitor in Koufonisi are the nights with full moon where the view of Keros looks like the figure of a lying couple. The woman pregnant lying in a totally clear figure and united with the mans head which te bust distinguish clearly. Keros today is uninhabited and non accessible for the tourists because of the archeological excavatings. According to the locals the energy which this island gives off created this nice sense and tranquility.