Daskalio is a small island in the Cyclades. It is part of the Koufonisia cluster of islands and belongs to the Small Cyclades.It is located west of the island of Keros, at a distance of 100 meters, and in 1965 it was declared an archeological site due to extensive findings exscavated there as well as in Cape Daskalio of Keros across from it.
What was found was an extensive fortified settlement of the Early Cycladic era. Due to its cultural richness, it has been repeatedly looted in the past by antiquity traffickers.This is where the so-called “Treasure of Keros”comes from. It formerly belonged to the Erlenmager collection, while today most of it, is exhibited in the Museum of Cycladic Art. 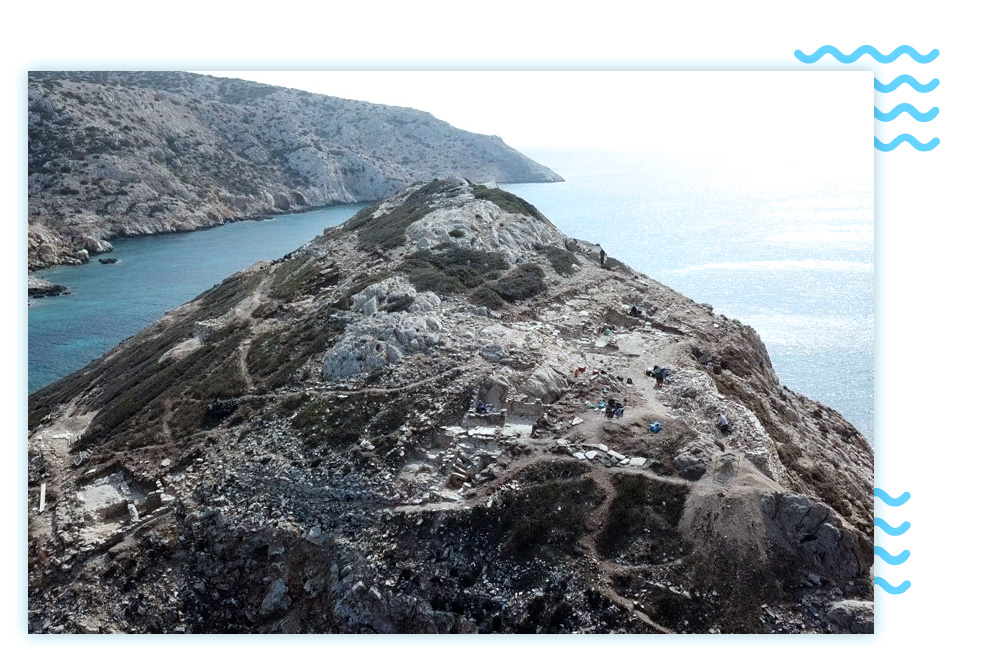