Artemis is one of the oldest, most complex but also most interesting figures of the Greek pantheon. She was daughter of Zeus and Leto, twin sister of Apollo, queen of mountains and forests, goddess of hunting, protector of small children and animals.

The name Artemisia comes from the goddess Artemis.

Hestia, Athena and Artemis, were the only Goddesses over whom Aphrodite (who had subdued all Gods and people) had no power.

According to mythology, goddess Artemis as well as god Apollo lived on the historical island of Keros. 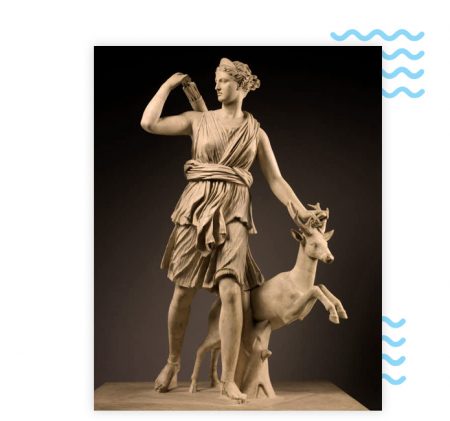